A zombie apocalypse is definitely on top of our list of things to avoid in our lifetime. The myriad stories and movies centered around walking corpses who can multiply in the blink of an eye sound scary enough.

Coupled with a single bite and turning on their loved ones with little to no clue what is happening makes it a nightmare—one of the worst. One thing we hate the most about them is the obvious disadvantage.

Your chances of winning a fight with one unscathed are slim, even with weapons. Let us not even mention that they move in literal multitudes like a war zone.

So yes, we do not want to see a zombie attack in our lifetime.

Now that we have established the fear that comes with a zombie attack let’s take it a notch higher.

So, zombies walk slowly, but recent movies have shown otherwise that these walking corpses can run fast; when they see something, they find munchy, which is you.

However, what do we do about a hopping vampire? Yeah, you heard right! These are in an entirely different class of their own and maybe even more menacing.

These guys jump you to your death before you can place a finger on what is going on. Here is one more detail you wish you did not know about these already creepy creatures.

They possess the much-hated characteristics of a zombie and can also evolve into creatures you will hate a lot more. It means they can become stronger, develop features not in their operating system from the start, and use it as if they were born with it.

To put things in a better perspective, what do you think about a hopping vampire? One that hops, but it does not stop there. We also have a hopping zombie that can fly or turn into wolves.

If you are already calculating your chances of survival with this creature, then let me give you a hint- those chances are meager. A few more reads and you will find out why it is so!

Here comes a name for the creatures- Jiangshi. They are undead creatures spawning from ancient Chinese folklore.

These Chinese vampires, known as the Jiangshi, have the same body posture, attire, and movement. Their attires are a copy of the Qing dynasty officials’ apparel, which already hints at the background of the Jiangshi.

They appear to have decomposed stiff bodies with outstretched hands, long sharp nails, and a neon glow. While they seem to appear the same way, there are variations between these creatures.

In a way, there is even hierarchy. The evolved ones, that is, those with stronger abilities a lot more different than the others.

Their outstretched arms result from stiffness from their dead bodies, and while they generally hop, there are believed to be evolved ones that fly. You do not want to meet those.

There are many myths and beliefs about the origination of Jiangshi. Some people believe that they come to be due to reanimation by a third party or force.

It is a ritual of bringing a dead person back to life, although not entirely. Some believe that Jiangshi brought about by these mediums are like minions with no mind of their own obligated to follow the commands of whoever or whatever reanimated them.

On another side, Jiangshi is said to be a result of one suffering a very violent death resulting in their inability to rest after death. It is believed that Jiangshi who suffer such deaths can be told apart from each other as they carry a sign or where or how they die around with them.

For example, violent death by drowning would result in a Jiangshi that comes from or goes back to the waterside at a particular time. They can also appear with signs like sounds of dripping water or a part of their body being unnaturally wet.

The stories on the creation of Jiangshi consistently spawn around the restlessness of the dead.

It thus births another belief that the reanimated corpses result when a person is not given a proper burial and becomes restless.

Corpses struck by lightning or hopped over by an animal considered a black omen are also said to result in a Jiangshi. With so many different takes on what a Jiangshi is and how they came to be, one might wonder if there is any truth to the ancient Chinese folklore.

How Accurate Are the Stories of The Hopping Reanimated Corpses

Over time, there exist variations when folklore is passed across generations. These include modifications to the stories. Some telltales are customized to suit tradition and can be well utilized in controlling political power.

However, when traced, we find that while the entire tale might not be accurate, there lies some truth to the story. Is this the same for Jiangshi? Well, you can say so.

During the Qing Dynasty, some Chinese workers died far from home, and attempts were made to bring them back home. The reason? So their souls do not grow restless and homesick.

There happened to be people who specialized in transporting corpses from faraway lands where they died to their homeland. This transportation is done at night, a practice known as the Xiangxi ganshi, which translates to driving corpses.

This practice happened to be very common during the time of the Qing Dynasty as people traveled far to work.

Many believed that transporting a corpse was a ritual in which the priest and his followers brought the bodies back to life and taught them how to hop back home. When the transport process is viewed from afar, it looks like a hopping corpse being led or driven home.

What truly takes place during this transport is not so far from the rumors about the practice. In actuality, the bodies are balanced on bamboo sticks carried on two ends by two men on their shoulders.

Due to the build of the transport system, the bodies appeared to bounce when viewed from afar. It occurs in movement as the bamboo flexes.

These people responsible for transporting the bodies, known as corpse drivers, would sooner be categorized as necromancers.

The bounce of the corpses on the bamboo sticks birthed the rumors of the hopping vampires, and the corpse drivers were said to be necromancers who possessed the ability by some divine or dark force to control corpses and have them hop back home.

The corpse drivers travel with a priest who holds and rings a bell, coupled with the night procession, further accelerating the chilling vibe that comes with the activities of the corpse drivers.

The night activity was intended to limit the corpse’s decay and the chances of running into the living, as meeting the dead, especially at night, is considered bad luck.

Can A Jiangshi Be Defeated?

A Jiangshi can be defeated, provided you understand the weaknesses and what works effectively against them. While several things are believed to help you beat a Jiangshi, many are more challenging to think of right off the head, especially when you are under attack.

One key consistent detail about these creatures is that they come out at nighttime and that they come to feed on the life force of the living known as qi.

You can use the following to ward off a Jiangshi.

o the blood of a black dog

o showing it a mirror because it fears its reflection

o the urine of a virgin boy

o sticking a Taoist talisman on its forehead

The Jiangshi has been used to keep children and members of the communities and villages in check over centuries and still has its hold even today, although not as it used to be in ancient times.

However, in Liao Yui’s “The Corpse Walker,” there seems to be another account of the transportation of corpses that differs from the bamboo side of the story.

According to “The Corpse Walker,” the process of transporting bodes is done with a two-person team- one who carries the dead person on his back with a robe covering them and another who holds a lantern to lead the way.

One thing, however, remains consistent here as well on the two accounts- the transportation takes place at night to avoid encounters with the living and preservation of corpses.

In conventional Feng shui knowledge, Chinese architecture features a piece of wood 6 inches high that acts as a threshold to keep out a Jiangshi from home.

Is The Jiangshi Just a Rumor?

As we have established, there is always a hint of truth in every folktale with a long line of history. At the same time, manipulation as well. It is believed that while there are peculiarities with the mode of transportation of corpses, some people might have manipulated it for their illegal use.

Smugglers, kidnappers, and robbers were said to use this medium to carry out their illicit activities between locations. The nighttime being the perfect cover and the procession itself meant to be carried away from the living makes it the ideal cover.

Some spread rumors about the existence of a hopping vampire that can suck out the life force of the living. It is believed to have been shared by those who had activities to carry out the night.

Aside from violent deaths and improper burials, people with abnormalities and defects were considered to have a high potential of turning into vampires. As a result, suspected potential vampires were incinerated or cut into pieces to prevent their reanimated return.

They prefer to tie, stake, or pin in some other places. Deep burials as well were utilized as a preventive measure. Stories of these creatures can be traced back to Norse mythology with Draugr, whose features closely replicate that of the Jiangshi.

At the same time, we cannot say that anything does or does not exist, especially when it spawns from a long line of history with traditions and customs tied to it. We can, however, agree that there are a lot more manipulations of the actual truth than we give it credit. 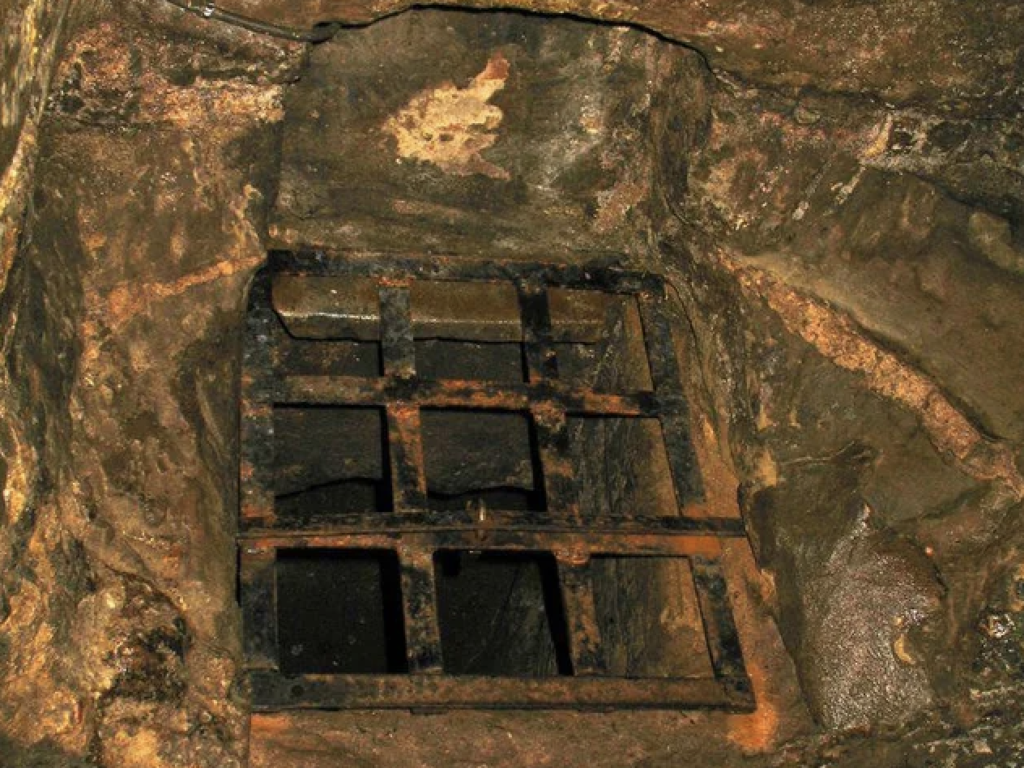